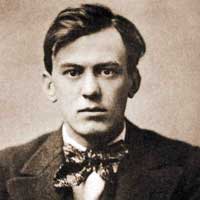 Aleister Crowley, the Beast 666, the most wicked man alive. Many know him, or know of him: sex magician, astrologer and cult leader.
He was the architect of the OTO, and was involved with the source material for most of the magical techniques used by real-life ritual magicians today. He was born in 1875, in a strict sub-group of the already pretty strict religious order, the Plymouth Bretheren. Crowley always said that his mother despised him, calling him ‘The Beast.’ Crowley’s… Crowley-ness very quickly saw him part company with the Bretheren, especially after using all of his considerable intelligence to question Christian doctrine, culminating in an explosion of sexual deviancy which left him with Gonorrhoea. Afterwards, he started travelling in Europe, mostly because of his great interest in Mountaineering (in fact in later life he would mount an unsuccessful but valiant attempt on K2,) which led him to the Golden Dawn, and infamy.
Over the next few years, Aleister Crowley travelled, experimented with drugs, taught magic, published his Book of the Law and had a LOT of sex. Of course, he was also involved in espionage.
The most popular sections of Crowley’s espionage career are also the most disappointing: the two world wars. There are periods at which Crowley is at the centre of extremely important world developments, reporting directly to British Intelligence…but the world wars are not them (that, or as Richard Spence, author of Secret Agent 666 hints, these incidents are too classified/embarrassing for the government to release.)

Aleister Crowley and World War I

Crowley spent the Great War in New York and Washington, having had to sell his infamous mansion at Boleskine and go to the US to supervise the sale of his books at the hands of US bookseller James Quinn. The sales went well, netting Crowley the not inconsiderable sum of £600, but he had his eye on other goals.
There is some evidence that Crowley had engaged in a little light spying in 1913, when he had been tour manager of the Ragged Ragtime Girls. He wrote in diaries about four large-scale scandals in the Russian military that had essentially hamstrung their military, and reported directly to the British Vice-Consulate, Bruce Lockheart. Crowley had hoped to return to Moscow in 1914, and even wrote to tell Lockheart as much after the Ragged Ragtime Girls had broken up.
With Moscow seemingly not on the cards, Crowley made his way to New York and used the  connections offered by his friend, Henry Fielding of the Naval Intelligence Department, to offer his services to MI5 and MI6. At the time Fielding, an officer working in the field of propaganda, passed on a message to the British authorities, who decided that Crowley’s temperament made him unsuitable for such a sensitive assignment.
On the other hand, Crowley’s association with the bookseller Quinn suggests that US Admiral W Reginald ‘Blinker’ Hall might not have been so cautious about employing the Beast 666.
Quinn had credentials with the Irish Separatist movement, and had just put the kibosh on a plot by Germany’s US Ambassador Johan von Bernstrom and the military attaché Franz von Papen. Crowley used Quinn’s connections to insinuate himself into another German operation in the US: their propaganda machine, the ‘Propaganda Kabinett,’ who promoted Germany’s image in the US and published the magazine ‘The Fatherland.’
Crowley’s cover in the US was as a disaffected Irishman and an Irish Nationalist in favour of home rule. He had worked with on of the Kabinett’s chiefs, the editor George Sylvester Viereck, in a previous publishing venture and quickly became involved as a writer for the magazine. Crowley was already known to be a famous English writer, and made his case that he wanted to speak for Germany ‘in aid of fairness.’ It can’t be ignored that Ireland was also a dangerous factor in the war: the plot that Quinn had blown was an attempt to divide British forces by inciting an Irish rebellion.
It was now that Crowley made the contacts that would later give him currency in the intelligence community, and that would make him useful as an asset to later spymasters: he already had knowledge and contact with Russia and the Communists, now he was networking with the radical Irish nationalists and the Germans. As an operation, Crowley’s success and legitimacy is questionable: he later claimed that his aim had been to bring America into the war by producing such arrogant and insane material that the US would become disgusted with the German attitude, whilst persuading German Military Intelligence that it would be a good idea to pick a fight with the US. Unfortunately, there is little evidence that he was acting with anyone’s authority… and some of his accounts smack of face-saving.
In 1915, it would seem that Crowley’s plan (espoused years later in a face-saving apologia) had come to pass: the Germans torpedoed the passenger liner Lusitania, killing 1400 civilians. Crowley biographer Tobias Churton suggests that this was according to Admiral Hill’s favoured style – allowing German atrocities to come to pass and condemning them – which adds weight to the idea that Crowley was in acting under the orders of US Intelligence, and that Fielding had placed him under deep cover. If that was true, it would be awesome. There is, however, literally no evidence.
By 1917 Crowley was in trouble, a publicity stunt in 1915 – burning his passport and making an Irish Nationalist oath – had backfired a year later, leading to dire consequences in Britain and the loss of Crowley’s assets. He spent some time with family in New Orleans, before moving back to New York with a friend, but he was satisfied with the results of his work: America had entered the war. During this period Crowley offered his services to a British Intelligence officer Guy Gaunt, an offer Gaunt later admitted to taking up but not properly utilising. 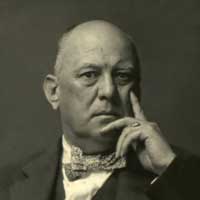 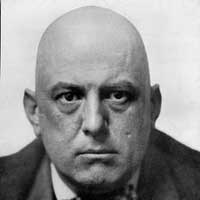 On September 2nd 1939, war broke out with Germany and once more, Aleister Crowley volunteered himself for service to British Intelligence, just as he had done in the First World War. His contact with the Intelligence Serivices in the meantime had been limited to an acquaintance with the heard of MI5, Sir Maxwell ‘M’ Knight, who was introduced to Crowley by Dennis Wheatley in 1936.
This time, however, Crowley had an impressive intelligence resumé. His letter was immediately replied to, and he was directed to report for an interview with the Naval Intelligence Department, and Commander CJM Lang, who was in charge of debriefing prisoners of war.
It’s now that we come to the most well-known phase of Crowley’s involvement with the Intelligence Services: Lang was a friend of Ian Flemming’s brother Peter, and it’s likely that it’s through Lang that Flemming became freshly aware of Crowley. In 1941 British Occultists began their Magical War with Hitler: according to author Tobias Chruton, British Witches gathered at dawn on New Years Day and sacrificed an elderly, terminally ill man in a magical ritual to protect Britain from direct invasion. At the same time, Crowley was in Ashdown Forest in Sussex with Canadian soldiers and secret service backing, performing a magical ritual to supernaturally compel Rudolf Hess to come to British soil. 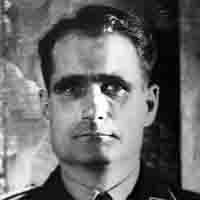 It worked. On May 10th 1941, Rudolf Hess was captured, having parachuted into Scotland with a message for fifth columnist, Douglas Douglas-Hamilton. At this point, Ian Flemming suggested to ‘M’ that Crowley might be the right man to interrogate Hess, due to his knowledge of psychology and drugs, and of the occult. It wasn’t completely unprecidented: Naval Intelligence was employing a Swiss Astrologer to decypher procured Nazi horoscopes. Sadly, Knight decided that although he admired Crowley the man, the Great Beast wasn’t the best person to interrogate such a high-profile prisoner.
After that, Crowley’s intelligence work is difficult to track. We know he was seeing Carter again, and we know that he was probably being utilised in the sphere where he had the most contacts: the intrigues between Irish radicals and Soviet Communists. We see one more mention of him involved with his former Russian contact, Ivan Maiskii, as a part of what might have been Knight’s ‘Operation Double Cross,’ nullifying German Intelligence by feeding them disinformation. It’s worth mentioning that at the same time, Kim Philby reported to his Russian handlers that MI5 was involved in a complex operation involving drugs from Ireland, Welsh Fishermen, Black Masses and RAF Officers.
By 1943 Crowley was all but retired, his war effort curtailed to nighttime battles with Nazi-sponsored magical attackers in the same way as Dion Fortune’s Society of Light had been until 1942. Crowley lived to see the end of the war, and the Labour Party victory in government two years later (which horrified him,) but he never had the health or position to return to the kind of intrigues he’d seen in the 1930s.