Ballymena is more than Liam Neeson and not even his ‘particular set of skills’ are enough to deal with the ghostly happenings around his hometown, says JANET QUINLIVAN

Galgorm Castle is a fantastic building that dates back to 1618 and it was built and owned by Sir Faithful Fortescue, a Jacobite.

He was hated by locals who attacked the building and burned down the chapel on the grounds.

The castle then changed hands and was sold to a Doctor Colville 300 years ago.

Many locals could not understand how this man came to have enough fortune to buy this building and quickly suspected him of involvement with black magic.

The story goes that he loved money and decided to meet with the devil at the river Maine, where he sold his soul for enough money to fill a boot in his attic.

Being crafty, he cut a hole in the floor boards and the bottom of his boot and nailed it down before the demons arrived to fill it.

The demons tried to fill the boot with a single bag of gold but of course they had to make many return journeys to fill it to the top.

Since his death, it’s said that the devil punished him by making his soul walk the buildings of the castle for eternity.

Allegedly doom will befall any person who removes his portrait from the castle. There have also been many ghostly sightings of his servants that still serve him to this day.

This story begins that one night a robber decided to rob a wealthy house just off this road.

He arrived on horseback and once inside the grounds robbed the family of a small fortune of gold.

On his quick exit from the grounds on his horse the guards at the gate drew a tight wire across his path and when the robber got to the gates on his steed the wire cut the head from his shoulders.

It’s said that at around Halloween the ghost of this headless horseman can be seen and heard still trying to make his escape.

Back in 1798 they didn’t have the sophisticated mail delivery methods they do today, instead delivering by horse and coach.

The story of this mound begins with a mailman called Thomas Meharg and his young daughter who he took with him for company.

He had a coach full of high price cargo and mail drawn by four horses.

Travelling from Belfast to Derry/Londonderry on a very stormy night, as Meharg made his stops he was warned several times not to carry on as the weather was so bad, a few even warned him that the Glarryford Bridge was down.

He still carried on, the last he was seen was leaving Cullybacky asking ‘Is the Glarryford Bridge down?’

Legend has it that as he passed the mound he was drawn into it and all four horses and coach were swallowed forever.

They never found any trace of the coach or the horses afterwards.

It’s said that sometimes this ghostly carriage and driver, now known as ‘Black Toms Coach’ can be seen asking locals and visitors ‘Is the Glarryford Bridge Down?’ It is said that if you answer him you will die within a year.

This mound also has the story of being one of the few gateways to hell around the world.

Apparently this had been the site of many rituals and sacrifices and that many creatures had been summoned there.

On certain nights of the year the mound will open, letting all forms of beasts and creatures out onto the earth. Allegedly if you are witness to this happening then the demons will drag you into the mound and you will never be seen again.

Originally built by Hugh Rainey in 1880, the lands on which Tullyglass stands has a rich and varied history going back some 300 years and has only changed hands a couple of times, the latest being a purchase by the McConville family who bought the mansion in 1953.

The current owner Chris McConville has stated that he didn’t believe in ghosts or spirits until he owned this house. He and many of the staff have reported seeing a young girl (named Carrie) wondering the halls of the hotel. It’s said that she died in the bell tower around 200 years ago.

Mr McConville stated that he hadn’t seen her up until new development plans for the hotel were discussed and thinks it may have been a fear that the hotel would be demolished that brought about her presence.

This magnificent and beautiful stretch of road just outside of Ballymena is one of the most famous roads in Northern Ireland.

It has been used by Game of Thrones as the ‘Kings Road’ and is visited by tourists from all over the world.

The planting was carried out around 300 years ago by the Stuart family as a nice decorative hedge leading up to their Georgian mansion called ‘Gracehill house’.

The house has now been converted into a golf club but the narrow road and its trees remain to be home to another person from that era. There is a spirit that ritually walks that long line of Beech trees at dusk.

She is known as ‘The Grey Lady’ and she has been seen by many as a woman in a long grey cloak and hood who begins her walk from the first tree and will disappear at the last.

There is much speculation as to where she came from, some say she is an old maid of the house and others say she is a lost soul from a nearby hidden graveyard in the fields around the area.

So on your next trip to Northern Ireland give Ballymena a visit, you never know what you might see!

Have you seen a ghost in Ballymena? Tell us about it in the comments section below! 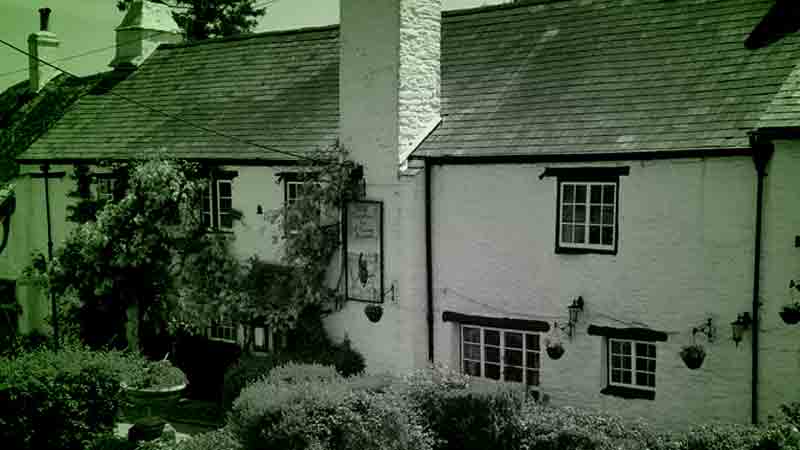 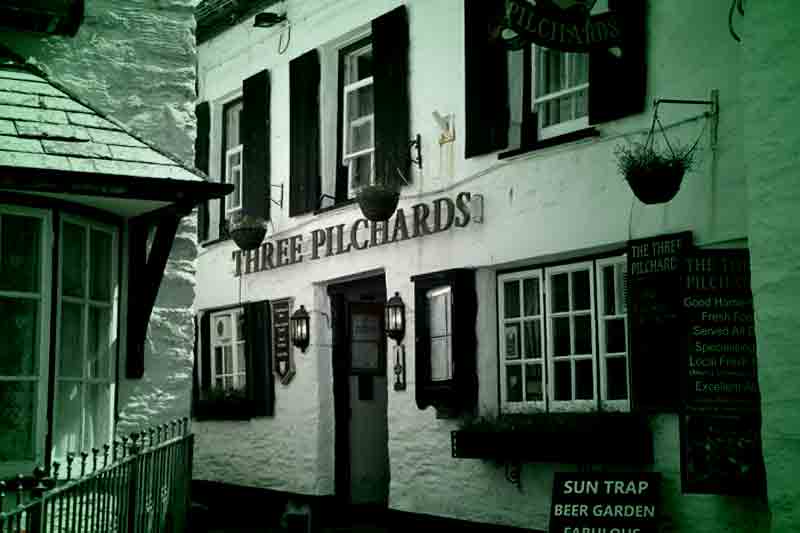