The ghosts of the English Civil War still roam our once-ravaged countryside. Here are 10 sightings of these 17th century phantoms…

The English Civil War was a bloody, prolonged conflict in which no one was spared the horrors of war. Even today, the violent remnants of that tumultuous time resonate in the places where spirits of the fallen still linger.

To start at the beginning, The Battle of Edgehill in Warwickshire was one of the first times the war came to direct blows, in October of 1642.

Combined, the forces of both sides equalled around 30,000 troops, but neither side could gain significant ground. After a short battle but considerable casualties, both Royalists and Parliamentarians withdrew.

By Christmas of that same year, shepherds in the area were witnessing not just groans, ghostly drumming or the sounds of marching feet – they were seeing fully formed spectral armies, drifting across the plains.

More sightings followed for years to come, some soldiers even recognising their fallen brothers among the ranks.

Edgehill may have turned out to be an indecisive stalemate which nonetheless turned up countless ghostly sightings. Two years later, however, in 1644, the Royalists were convincingly defeated by the Parliamentarians at the Battle of Marston Moor. The Royalists leaders, emboldened by their recent capture of York, foolishly ran headfirst into a pitched battle with the Cavaliers.

Oliver Cromwell, leader of the Parliamentarian rebellion, decimated the Royalist forces – losing around 300 of his own men, for the 4000 Royalists they were able to cut down.

Ever since this battle, locals have told stories of ghostly soldiers, armies and horsemen, wandering the moor trying to locate the battle, or their commander – or who knows what. One common tale is of a headless, phantom Royalist officer, desperately searching for his quarry.

Sightings in and around Marston have endured strongly to this day. Many report driving through the area, which today is relatively flat, and witnessing all kinds of paranormal activity.

In 1968, a group of tourists got quite lost on their way to Wetherby – so lost they ended up on the moor. They would later report having seen what, to them, appeared to be 6 or 7 tramps walking along a ditch on the moor, in strange clothes. Deciding they were reenactors, the tourists moved on.

Later, the pieces began to fit together as they learned the history of the area, and realised they had been dressed in 17th Century clothing. They looked weary. They looked, on reflection, like English Civil War phantoms.

“Exhaliation in the Air” over Marston

The sightings at Marston didn’t stop there. As late as 1959, a year before the office of king would be reinstated, a news report out of London detailed how pillars of fire had been seen in the sky over Marston, between which two armies fought. The north was much more prone to these kinds of signs, it seems, being distant enough from London.

An estimated 5% of the population were killed in the war, so these kinds of grand scale encounters are not surprising.

The Corpse Riders of York

Just like after Edgehill, contemporary paranormal sightings were enormously common during the period. In such a deeply religious society, this amount of death signalled a break down of the barriers between this world and the next – at best conjuring the restless fallen spirits to roam the land they died on, and at worst angering almighty God.

In any case, the north was no stranger to these kinds of paranormal events. Much later on in the war, in 1650, a contemporary newspaper report detailed how lifeless bodies had been seen galloping ghostly horses across the villages around Malton. Indeed, some even reported that their cattle suffered strange accidents as a result.

It is said that Cavaliers used this pub in particular to draw up plans and plots against the Parliamentarians. Many of the pub’s patrons and landlords over the years have reported sightings of an unhappy looking phantom Cavalier who has been nicknamed Edward. He has been known to touch guests, throw stones, and some even believe the presence of multiple ghosts makes the cellar colder than the rest of the building.

A King, A Ghost

The main conflict of the English Civil War, if I may somewhat simplify it, was that one group wished for the abolition of the royal house (Parliamentarians) while the Royalists wanted to maintain it.

During the war, King Charles I sat on the throne. In 1646, Charles I’s army was defeated, and he was captured. He would spend the next 10 months in captivity, after a failed escape attempt.

Though the manor house in Newcastle-upon-Tyne, Anderson Place, where he was held no longer exists, the site where it stood has been no stranger to ghostly sightings of the king himself.

Some tales claim that he can be seen looking out for a boat over the river to carry him to freedom. Others claim he wanders the halls of the building that sits where his prison once did.

The Phantom Bear of Worcester Cathedral

Perhaps one of the most enduring legends of this time period, it was in 1651 that the war finally came to an end at the battle on College Green, near Worcester Cathedral. The Royalists were thoroughly defeated and captured.

One Royalist sentry, though, before the battle, reported encountering a phantom bear which rose up at him, and even chased him across the field. He even is supposed to have taken a futile shot at the bear.

Legends of this phantom bear endure to this very day, with the cathedral even still collecting accounts of patrons who encounter the phantom bear. Where this bear could have come from is anyone’s guess.

In the 1980s, or some years prior, one ambulance driver was driving alone near the town of Retford, in Nottinghamshire. It was late, and dark, and suddenly from the blackness, he saw a horse and rider bolting towards him at high speeds.

Approaching him from ahead was a man in a large, brimmed hat, showing no signs of moving to the side and getting out of the way. As the horseman passed the window, he tipped his hat as though nothing were amiss.

When the driver turned around to look, the road was empty—the rider was gone. It was only later he realised he had been dressed in the clothes of a Cavalier.

Coming back to the pubs again, we find ourselves now in Ye Olde White Harte in Hull. Currently, the landlord is a self-proclaimed sceptic, and yet nonetheless, has frequently reported sightings in his establishment.

Specifically, both he and patrons are said to have witnessed a Cavalier attempting to listen in on plans to snub King Charles. A ghostly apparition drifting in and out of sight. This act of earwigging is said to be one of the events which sparked the conflict of the Civil War.

Ultimately, plotting in the old world went on in pubs very frequently. It’s no surprise, then, that there are so many examples to be found of Civil War ghosts in English pubs.

Have you seen the ghost of the English Civil War? Tell us in the comments below! 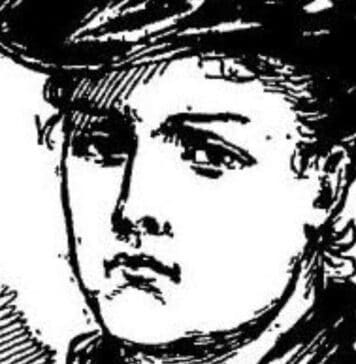 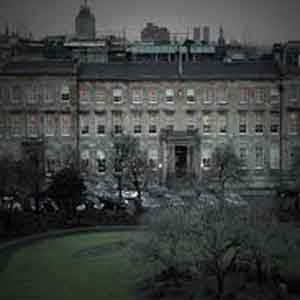