It is a truth universally acknowledged that being underground is scary as hell. Potholers and moles notwithstanding, the subterranean world of dank gloom and eternal darkness has proved itself to be a fertile breeding ground for spooks and legends.

From Wookey Hole’s endless chambers to Nottingham’s sandstone tanneries, death, tragedy and lingering spirits are not too far behind. While a list of the UK’s supposed haunted caves could roll into the hundreds, here’s a short list of four of England’s finest.

The Hellfire Caves of Buckinghamshire are a familiar haunt of many modern ghost hunters and have a sinister history to match. The caves are man-made features, excavated between 1748 and 1752 on the order of Francis Dashwood, the co-founder of the Hellfire Club from which the caves get their name.

While the caves were briefly used as a chalk mine for building purposes, the exploits of the Hellfire club have had a far more lasting cultural impact. The club’s motto, ‘Do What Thou Wilt’, was indicative of their activities, which included pseudo-satanic rituals, black magic, prostitution and nun-themed sex parties. According to Horace Walpole (politician and a father of Gothic Fiction), members of the Hellfire Club practised a pagan belief system, dedicating themselves to Venus and Bacchus, the goddess and god of sex, love and excess. Sadly, all nihilistic things must come to an end and the club was dissolved in 1776.

However, the paranormal legacy of the club was all but beginning. Two ghosts of note are recorded; one being that of Sukie, a maid, who died as a result of a prank gone wrong (or was murdered due to her unrequited love, depending on which legends you read), and the other being of Paul Whitehead, satirist and former secretary of the Hellfire Club.

The steward was a central figure in the club, organising and noting all entertainment and ‘goings on’, all of which he seemed to enjoy greatly. Before his death, Whitehead burned most of his papers and the Hellfire Club’s records with it, leaving the finer points of the subterranean brothel lost to time. As a lasting symbol of thanks to Lord Dashwood, Whitehead made sure that his heart was cut out and sent to his house, whereby it was buried in a mausoleum on the estate following a very elaborate funeral.

Visions of Whitehead’s ghost were first recorded in 1781 whereby staff reported seeing the steward in the grounds of the house, waving onlookers to join him. In 1839, Whitehead’s heart was stolen by a visiting overseas soldier and since then, those who have seen his apparition, claim to have seen him wandering, searching for his lost heart.

The caves at Chislehurst are, strictly speaking, mines that were dug out in the production of chalk and flint. In regular use from the 9th to 19th century, the caves were used as ammunition storage in WWI, as a bomb shelter in WWII and even for the very twee-sounding means of mushroom cultivation in the 1930s. Proving itself to be a truly multi-use cavern, the caves doubled as a popular music venue in the 1960s and 70s, playing host to Jimi Hendrix, The Animals, Pink Floyd, Led Zeppelin and David Bowie to name but a few!

Stretching over 22 miles, there’s plenty of space for spectres to wander and gather and the reports of individual ghosts are multitudinous.

There are several individual spirits said to haunt the caves. One of these is the ‘White Woman’ (or ‘White Lady’) who emerges, floating, from one of the cave’s pools. She was said to have been murdered by her husband and so roams the caves with malevolence. Bones discovered in 1940 were attributed to the woman, although this did little to ease the frequency of her hauntings.

Another noted spirit is the ghost of a young girl who died as a result of a cave collapse in 1939. She is said to show her presence by giggling and weeping, much like many other reported child spirits within the cave system. There have been endless reports of poltergeist activity where items were thrown at visitors, cables were torn from walls and visions of an enormous red-eyed wolf. Adding to this the supposed spirits of the war dead and the whims of malevolent spirits, the caves remain popular with paranormal investigators as a hive of activity.

In the 1950s, the cave’s owners put up a reward of £5 for anyone brave enough to spend the night alone in the caves. One man, Tony Bayfield, succeeded and proclaimed that nothing on earth could make him return to the caves after his experiences.

Arguably the most beloved and famous caves in the UK, Wookey Hole Caves have been a popular tourist attraction for decades. Popular for over 500 years, the caves were officially opened to the public in 1927 and remain a highly-rated family day out to this day with a visitor centre, mini cinema and enormous plastic dinosaurs to match.

The caves are currently estimated as stretching for 4000 metres, forming natural limestone caverns, formed over thousands of years by natural acids and water eating away at the rock.

Used by humans for over 45,000 years, its most famous inhabitant – and spirit – is that of the Wookey Hole Witch.

According to legend, a young local woman became engaged to a man from nearby Glastonbury. A witch, who had been lucky in love, watched the couple’s happiness with disdain and placed a curse upon them, causing their romance to fail. The young man went on to become a monk, but never forgot the cruelty of the witch. When he was a grown man, he pursued the witch into her cave, blessed the river that ran through it and splashed water into her face. This immediately turned the witch to stone, where she remains (as a stalagmite) to this day.

In 1912, a 1000-year old skeleton was discovered in the caves and was attributed to the legend of the witch. Although this was later attributed to a male between the ages of 25-35, the legend was firmly in place and paranormal investigators and tv shows flock to the caves with regularity.

Nottingham’s ‘City of Caves’ is a labyrinthine series of man-made sandstone caves which have been in use for over a thousand years. Used as storage for pubs, as a tannery and as a wartime air raid shelter, sections of the caves are now fully accessible to the public and occasional groups of ghost-hunters after dark. There remain hundreds of interlinking cave systems beneath Nottingham (and its pubs!) many of which have their own ghost stories attached.

However, the caves beneath the Broadmarsh shopping centre are the most frequented by the public today. The caves beneath the shopping centre were used as housing by the poor for hundreds of years, where disease and crime was rife. Although no-one has lived there (officially) since 1854, centuries of suffering and death are said to still linger within the sandstone walls.

Visitors often report a hostile, oppressive sensation and have reported seeing the dark shadow of a male spirit who particularly dislikes women. Similarly, objects are said to move independently, items are thrown at visitors, disembodied voices call out and people are pushed by unseen hands.

While spirits and the exploits of the dead will always capture our imaginations, it’s the forms that dwell beneath the earth that will always incite the most lasting terror… and curiosity. 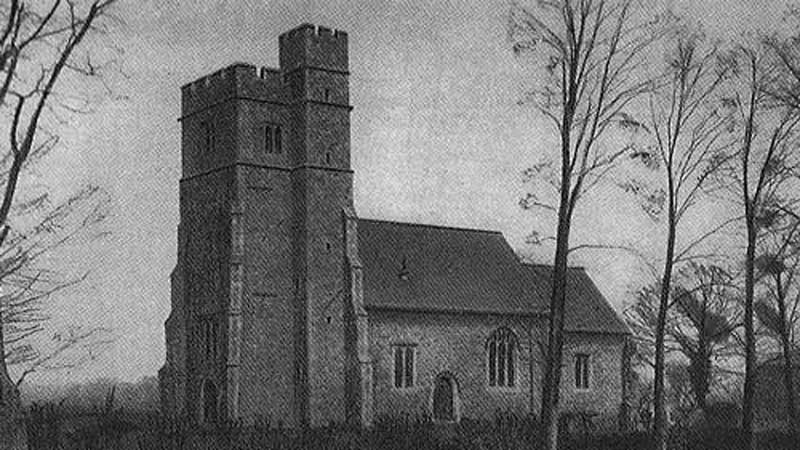 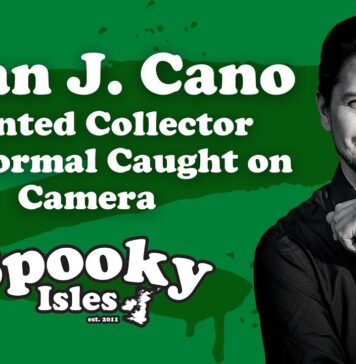 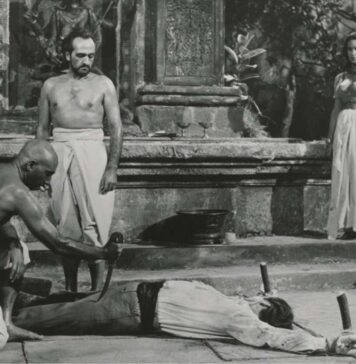