Plot of Guardian of the Abyss

Antique dealer Michael, who recently found an antique mirror for a bargain price, finds himself mixed up with a mysterious girl on the run from a secretive occult society.

Where Have I Seen Them Before?

Rosalyn Landor made her big screen debut in 1968 Hammer classic The Devil Rides Out, had a prominent role as a member of the all-female detective unit in mid-80s series CATS Eyes and for the last decade has provided voices for cartoons and video games.

John Carson is best known for roles in several Hammer films – the Plague of the Zombies, Taste the Blood of Dracula and Captain Kronos Vampire Hunter.

Barbara Ewing appeared in 1990 drama series Brass, 1968 Hammer film Dracula has Risen from the Grave and dozens of television programmes.  Paul Darrow has worked extensively on stage, television, in videogames and narration in a career spanning six decades but his role as Avon in Blake’s 7 remains by far his most famous.

[In response to being asked if her name is French] “No!  Way back, I think my family were Huguenots.”

Review of Guardian of the Abyss

The first episode of the series to explicitly feature Satanism and human sacrifice (what took them so long?) is also a warning to be careful of what you pick up at antique sales.

A simple mirror might turn out to a very dangerous, Elizabethan scrying glass in which you might glimpse the Devil’s doorkeeper.

Only Hammer would give us an evil cult, decked out in their robes, chasing after their escaped victim in broad daylight, like the Keystone Cops.

Said quarry Alison (Landor) seems similarly ridiculous, appearing to not only have a shaky grasp of what is and isn’t French but to have been dozy enough to join a cult that sacrifices its own members.

Cult leader Charles Randolph (Carson) is suitably stern and staring but his rituals look cheap and silly and at points it’s hard to know whether all this is meant to be taken seriously.

It’s slow-paced too, only really picking up for the last few minutes.

Despite a very strong ending, not one of the series’ best. 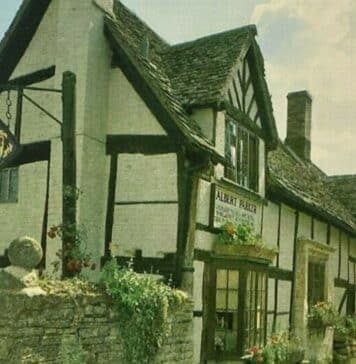 25 July 2015 2
LH DAVIES has a look to see what spooky places you can visit in Middlesbrough in North Riding of Yorkshire.
Read more
Load more