A battle between Paganism and Christianity, churches which vanish from sight, ghosts in the dead of night, and even perhaps a visit from Satan himself. These are all colourful tales associated with a truly fascinating site which has become known as Knowlton Henge.

Knowlton Church and Earthworks (as the sign at the entrance refers to it) is believed to have been established as a site for pagan ceremonial use circa 2500 BC, and the building of a church right at its centre in the 12th century might be viewed as a statement of intent by the missionaries who set about converting the British to Christianity, not to mention the use of ancient standing stones around the site, which are said to have been broken up as materials to build the new place of worship.

Immediately adjacent to the east is a tree-covered Great Barrow. There is much debate as to whether this is an ancient burial mound, or was designed for use as a viewing point of the main ceremonial area. To the north-west was the old churchyard and a north circle (now farming land), whilst the largest circle to the south is now divided by the main road, although the outline can still be seen from an aerial view (see Google Earth link).

One legend which still does the rounds locally is that the church on the site today was far from the first attempt at such a building. Word-of-mouth accounts of what happened vary wildly, but anything from two to six churches are said to have been built before the existing structure was erected.

All of these fledgling efforts are believed to have vanished from sight overnight, either partially built or after completion, and either due to disgruntled locals gathering en masse to clear the structures or by mysterious forces, depending on which version you hear.

The community at Knowlton was tragically decimated in the 14th century by the Black Death, as was much of Dorset (it was said to have entered England via a ship which arrived at Weymouth), and the actual community of Knowlton ceased to exist, although the church itself continued to draw a congregation.

The roof was replaced in the 18th century, but dramatically caved in not too long afterwards, at which point the church was abandoned. There was more mystery to come as the church bell was removed surreptitiously. Again, accounts on this differ.

One version of events suggests that the Devil himself came to Knowlton, took the bell, and discarded it in the River Stour at nearby White Mill. A more earthbound account suggests that it was robbers who stole the bell, and that they realised they were being pursued and would not escape unless they dumped their weighty quarry.

What both accounts do agree on is that, despite the best efforts of locals to retrieve the bell with the assistance of several oxen, their ropes mysteriously untied themselves when it seemed that they were about to succeed. Not just the once, mind, but on several attempts, at which point all concerned may have concurred that the bell might be best left there.

Other nocturnal reports have referred to a face peering from the upper window of the tower, whilst a lady (said by some to be a nun) has been spotted kneeling outside the church, weeping. However, that’s not to suggest such sightings are restricted to the night. A visitor and her two children claimed to have seen a tall figure clad in black, crossing the site in broad daylight.

Today, the Knowlton Church site is managed by English Heritage. On any given day, you might encounter all kinds of visitors. Local dog walkers, curious tourists, people cross-legged in meditation, or those simply basking in the relaxing atmosphere on a sunny day.

The trees which once made up the south entrance to the site have become something of a spectacle in themselves, as visitors have endowed them with all manner of decorations. Ribbons, friendship bracelets and scarves sit comfortably alongside small memorials.

These range from touching tributes to parents who have passed away to notes left by children to commemorate their deceased pets. There’s something rather lovely about all this, in the way it seems to have grown organically by word of mouth, and somehow takes the site back to its roots in the worship and celebration of the forces of nature.

Knowlton Henge is a place which certainly has a mysterious and occasionally spooky past. And yet, whilst undoubtedly atmospheric and permeated with an indefinable presence, it isn’t a place I would describe as scary or at all unnerving, quite the opposite in fact. It can be found on the B3078 road, between Wimborne and Cranborne. If you’re not able to visit in person, you can take a virtual tour courtesy of our video.

Have you been to Knowlton Henge? Tell us about it in the comments section! 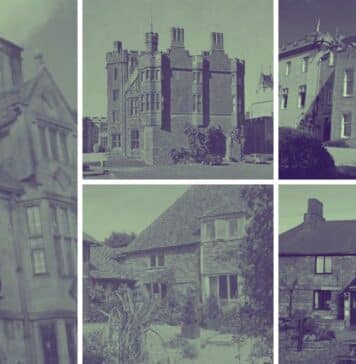 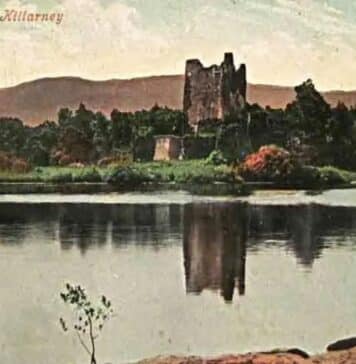 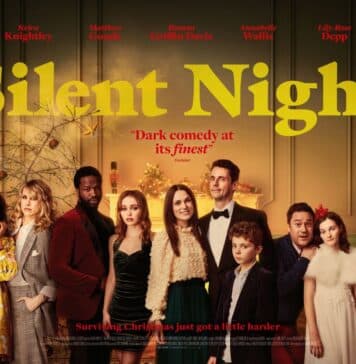 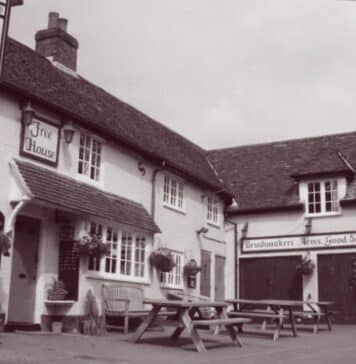 12 October 2022 0
Southampton pubs are a great place to celebrate Halloween! Here are some pubs you can visit during the spooky season.
Read more
Load more