DONNA CUTTRESS investigates recently released footage of paranormal activity in a Liverpool nightclub…
A Liverpool city centre nightclub has released CCTV footage of what it claims to be supernatural activity.
The imposing Victorian building on Eberle Street is situated off one of the original seven medieval streets of Liverpool, Dale Street.
The ghostly action was disclosed as the nightclub had been renovated, changing from the famous ‘Garlands’ to the new ‘Brickworks’.
It was suspected that the footage was released to generate publicity for the new establishment, but there have been reportings of spiritual occurrences in the building for a lot longer.
Experiences in the club included flickering lights, not just on the dancefloor, taps turning on by themselves, toilets flushing and glasses smashing, all when nobody has been around. Spooky footprints in black paint have also materialised by the dancefloor.
CCTV footage has also captured lots of orb activity and a dark mist that appears to travel around the club from room to room has been seen.
The site of the club has a long and varied history. Eberle Street was originally called Blackberry Lane. In the early 18th century it was home to ‘Hugh Davies’s Cockpit’, but did later raise its reputation to become a playhouse theatre. The Blackberry Theatre became a decent Shakespearean venue which hosted many reputable travelling theatre companies.
Eventually the theatre closed and the street was renamed and rebuilt. William Street housed a grain warehouse and became a rundown cut through. A hotel was built on its corner by Thomas Eberle raising its fortunes once more and gaining it another name change.
Of course the activity in the club could be the result of careless workers, but the cleaner on the CCTV footage seems genuinely frightened, enough to end her phone call!
Maybe the spirits of Eberle street do not want any more change, and have decided to let the owners know.
Watch the footage for yourself here and tell us what you think! 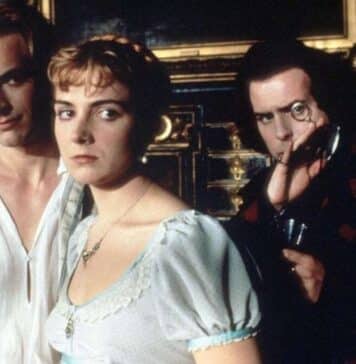