Muncaster Castle has a long and dark history. No wonder paranormal researchers have long been fascinated by the ghosts and hauntings of this Cumbria castle…

Muncaster Castle dominates the landscape overlooking the River Esk, and is situated approximately one mile east of the town of Ravenglass, in Cumbria, England. The castle’s endearing beauty can be seen peering above the surrounding forestry, and has become one of the most notable landmarks of English history.

Despite the castle’s beautiful exterior, however, it’s rich and dark history has led to the castle’s interior being swamped in stories of hauntings and murder, with its ghostly residents still unable to find peace. What at first appears to be a castle built in a heartland of tranquillity,quickly changes into an incredibly spooky remnant of history under the cover of night.

As imposing as Muncaster Castle is, however, the original structure wasn’t simply built as a testimony to English architecture – but the location had been carefully chosen to be of strategic importance. The original foundations were laid by the Romans during their occupation of Britain, and still to this day, those very foundations have managed to withstand the test of time.

The Pele tower still boasts those original Roman foundations, having stood firm through the centuries. Throughout the following years, various owners sought to build upon those foundations to eventually form the structure that we see today.

The castle was built as a fortress, but it eventually found its way into the hands of the Pennington Family in 1208, when the land was given to Alan de Penitone. The Pennington’s have lived in the castle ever since, and according to folklore, the Penningtons won’t be leaving anytime soon.

In 1464, Sir John Pennington offered to shelter Henry VI after being defeated in battle by the Yorkists. The king, ever grateful to Sir John Pennington for his hospitality, offered his drinking bowl as a gift in return, which has since become known as the ‘The Luck of Muncaster’. King Henry VI declared that as long as the bowl remains intact, the Penningtons shall reside as Muncaster Castle.

The castle’s long enduring history is etched deep within it’s stone walls. Each room could tell a thousand stories, but it’s the previous residents of the castle that seem more eager to tell them.

Muncaster Castle has built a reputation as being one of Britain’s most haunted sites, with plenty of supernatural occurrences having been reported over the years. These reports have encouraged many paranormal teams to investigate deeper into the castle’s ghostly incidents and dark history.

The Jester Tom Fool, aka Thomas Skelton, is thought to be one of the more prevalent spirits, still playing tricks on family, staff and visitors. In life, he wasn’t always laughing. Under the orders of Sir Ferdinand Pennington, Tom chopped a local carpenter’s head off to put an end to his relationship with Helwise, Sir Pennington’s daughter.

The Tapestry room is also favoured by the castle’s spirits. Visitors often claim to have been disturbed through the night by unexplainable phenomena, including doors opening and closing by themselves, and even hearing the sound of footsteps walking through the corridor when no one is there. A child has been heard crying by the window, and a lady sometimes singing.

There are various other stories associated with the hauntings of the castle, including that of the ‘Muncaster Boggle’ or White Lady, who appears to haunt the surrounding gardens and roads. According to local lore, the white lady is the ghost of Mary Bragg, who was a young girl murdered on the road near the main gate in 1805.

Mary was a housekeeper in nearby Ravenglass, but fell in love with the footman of the castle. One of the housemaids also fell in love with the footman, and decided it best to eradicate any competition. Two men visited Mary late at night, urging her to go and visit her lover as he lay dying in bed. The two men had hatched a plan that led Mary down a secluded road, where she was killed beside a large tree. Her body was then disregarded into the River Esk. Tradition states that when the tree was cut down, it started to bleed.

Muncaster Castle now hosts weddings and various functions, but it is still open to the general public. The grounds are also worth a visit, which include a hawk & owl centre, a maze and a beautiful garden spanning over 70 acres which has a fantastic display of all kinds of flowers from around the world.

If you’re looking to venture out in the Muncaster countryside, you can even spend a few nights in the Castle, as it offers B&B accommodation.

There’s also a ghost tour a few times a year, where visitors can spend the night getting to know the castle’s ghostly residents with a team of paranormal experts, as well as a Halloween event that takes place every year in October.

A night in the tapestry room is an absolute must for any paranormal enthusiast, or those brave enough to try! 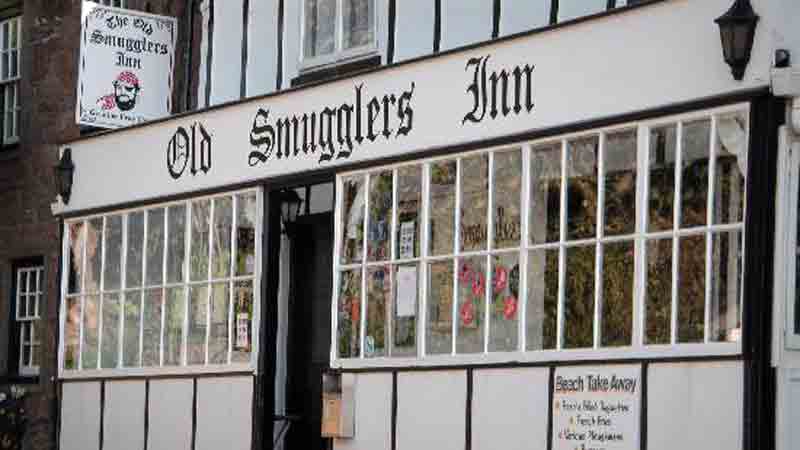 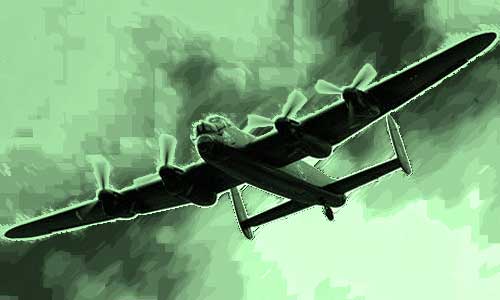 30 September 2012 1
L.H. DAVIES looks to the old airfields of Lincolnshire to discover the haunting presence of ghostly airmen
Read more

12 February 2022 0
Although Alanbrooke Hall in Belfast was demolished in the early 2000s, it’s certainly left a lasting imprint on some who lived there as students over the years. CHRISTINE MILLER tells us more about the spooky real-life story that inspired the viral hashtag #BloodyHellKen.
Read more
Load more