PATSY SORENTI takes a look back at the Pengersick Castle Most Haunted episode.

The episode opened with a mysterious camera shot of the castle, with Yvette Fielding’s (YF) commentary about the history of the place. She is then shown standing at the door, gives a piece to camera and continues with her potted history, as well as telling the stories of ghosts and hauntings.

To accompany Yvette’s stories, shots of the castle, both inside and out, are shown, with many in subdued lighting and with accompanying spooky soundtracks. Richard Felix (RF) then appears, again telling tales of folklore, together with an estate worker relating his experiences, and a paranormal researcher. YF carries on with the spooky tales while reconstructions of nefarious deeds and camera work follow. Phil Whyman (PW) appears, speaking to YF and putting a greater level of detail to the stories already told.

The investigation begins with the erection of two tents, specifically for male and female outside observers, their purpose to record and observe any paranormal activity in the castle grounds. Derek Acorah (DA) appears in the following frame, skipping and dancing on the castle roof. He claims that a dancing girl has been seen here, his copying her movements. He follows this by saying that the girl was ‘frightened of someone in the castle below’ and gives the name ‘Cerys.’ A caption at the foot of the screen informs viewers that while the girl’s ghost has been seen, the name ‘Cerys’ has no link to the place.

The group move inside to a former bedroom where DA proceeds to link to an unseen presence, which YF becomes scared at and screams. DA also picks up on a young boy who died of choking, as well as a murderous monk and this is verified by a second screen information box. DA gives the boy’s name as ‘Jamie Godolphin’ and although the Godolphin family are associated with the castle, no mention of ‘Jamie’ or ‘James’ Godolphin can be found in the records. At this point, an interruption in proceedings was made by RF, who experienced a sensation of choking, and had to be taken out to recover.

Following this, the team adjourned to another bedroom, in which a black dog is meant to haunt. Two young women were sensed by DA, who claimed both were killed here. Another information caption verified this, with one being stabbed, the other poisoned. DA picked up on the stabbing. He moves to the fireplace, where he claims a ‘lower soul’ resides, someone with evil intentions lurks, but no mention of a dog.

YF and PW sensed a presence around their legs, but nothing was seen. DA identified a John Milliton and this name is associated with the castle and in 1515 he was well known as a black magician and this ghost was ‘angry.’ DA claimed that ‘a number of souls haunt this room.’

The proceedings moved outside to a small wood and a disused burial ground. DA told YF and the others that those buried there ‘still walked the earth, active spirits who dealt in the black arts, and that the castle chapel was a place where black magic and Devil worship were carried out.’ The outside observers then split into two groups: two men, two women, each pair occupying a tent. Catherine Howe (CH) felt immediately sick and her companion became scared to the point of being rooted to the spot where she sat.

Noises were heard from outside, but nothing specifically paranormal. The male group experienced nothing for a while, only noises, which one might expect from a small wood at night. The only real spooky sound was from an owl’s hooting. The men eventually decided that they should summon any ghosts, and as they did so, a huge gust of wind passed through the woods, but nothing else. The two women experienced nothing unusual.

The inside observers had more success. Their first vigil yielded the slam of a door following an impromptu séance. This was heard by all parties and DA went to check the door. The door was closed. DA and YF claimed that the door had been opened yet the force was so great, it could not have been the wind responsible. DA, showing at least a modicum of sense, fastened the door closed and waited to see if it would open or slam shut again. It didn’t. The group settled down again and waited, YF becoming bored by this time. Apart from an orb and a faint noise, no further incidents inside the building were recorded.

An interesting incident occurred with Karl Beattie (KB), Rick Fielding (RF) and Stuart Torevell (ST) earlier in the investigation. At 5.40am looking very tired and sitting inside their vehicle, KB told the story to camera about RF wanting to observe the castle from outside and proceeded to move toward a door. This was captured on film. RF with KB and ST following behind, was startled by the sound of someone running on the gravel path between them and the castle door. This incident became the most replayed clip of the episode.

The programme wound up with a resume of the night’s activities, with Dr Ciaran O’Keeffe summing up what he thought might account for some of the phenomena, including the sound of running feet. YF then closed the programme.

Review of Pengersick Castle Most Haunted

This was a very interesting episode, which contained very little of the usual hysterics and even some modicum of a proper paranormal observation.

There may have even been a supernatural incident caught on film.

Even though from this programme, one could not specifically say that there is any real evidence of hauntings at Pengersick Castle, the group did have the sense not to allocate all sounds to spiritual sources but kept open minds.
Derek Acorah did give names and information, which could be verified and taken in the whole, at least two incidents could be linked together: the door slamming shut, heard by the inside observers and the huge gust of wind, which was experienced by the male outside observers. These incidents could be related, although this was not explored by anyone connected with the programme, even Dr O’Keeffe failed to notice a possible correlation between the two occurrences.

The orb, which was seen by Yvette could have been an insect in flight or a speck of dust; without more proof, this could not be linked to anything supernatural. Almost everything heard and seen could be explained by suggestion, expectation or misinformation, all three moulding together to form knowledge of something they found hard to equate with normal life. However, this narrative did contain what might be ‘Most Haunted’s’ first ever ghost: a running person.

The film of the footsteps on gravel caught on tape by Karl Beattie, cannot be discounted as a mere trick or mistake; the running steps are heavy and full and sound like someone running on gravel. This was enough to scare Rick Fielding. The footsteps appeared from nowhere and did not fade, but stopped abruptly, lasting only a few seconds. I took time to check other peoples’ experiences at Pengersick and all reported hearing a ‘running man’ outside on the gravel.

All in all, an interesting episode, which might have caught a ghost after all!

Tell us what you thought of the Pengersick Castle Most Haunted episode in the comments section below. 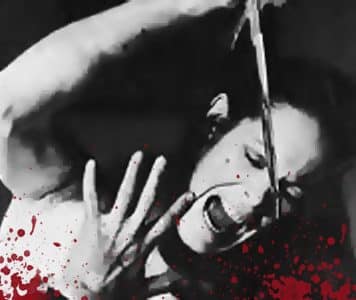 3 October 2018 0
ANN MASSEY hunts down some of the most spooky places to visit in Killarney, Ireland
Read more
Load more