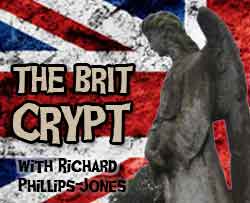 The introduction of the “X” rating in 1952 was symbolic of changes taking place in the cinema as a whole. Whilst its predecessor (the “H” rating) had been created purely to deal with concerns over horrific content, this new certificate suggested that the BBFC now had more to worry about, as violence (not necessarily in a horror context) and sex reared their heads, and began to be portrayed more explicitly on screen.

Of great concern to the BBFC as the second half of the century progressed was the juxtaposition of sex and horror. This would reach feverish heights with the video nasties controversy of the 1980’s, but the seeds for this moral panic were already being sown with the arrival of Hammer horror.

Hammer’s battles with the censors are a tale in themselves, but they (and myriad imitators who followed in their wake) would certainly keep the BBFC busy. The previously censored material restored to the 2013 Blu-Ray of Dracula (1958) speaks volumes, even though it only amounts to 16 seconds of footage. The Count’s demise was certainly considered too graphic, but perhaps of more concern was the obvious sexual subtext to Dracula’s seduction of Mina.

However, it was arguably three films from the EMI-owned Anglo-Amalgamated which really pushed the envelope. Interestingly, unlike Hammer’s period Gothicism, all three had contemporary settings.

Horrors Of The Black Museum (1959) and Circus Of Horrors (1960) both had plenty to test the patience of the censors, and the lurid use of Technicolor to display the gore arguably went further than even Hammer had been at that point. Their passing by the BBFC would suggest an increasing leniency by the board, but this short-lived approach would come to a sudden halt with the media furore around Peeping Tom (1959). Now considered one of the most important British films of the period, its director (Michael Powell) found himself ostracised by the industry, and the BBFC were accused of becoming too liberal.

Resultingly, the early 1960’s saw the BBFC tighten up censorship on horror films once again, with Curse Of The Werewolf (1961) becoming a notable victim of the new conservatism. For a while, British horror became relatively restrained in comparison with what the previous decade had offered. The fact that Hammer consciously went for an “A” rating for Phantom Of The Opera (1962) was telling. Yet, in other British films such as Saturday Night And Sunday Morning (1960), A Taste Of Honey (1961) and Up The Junction (1968), a new frankness around the subject of sex was giving the board a new set of headaches.

It was possibly the critical accolades given to such films, as well as US films such as Midnight Cowboy (1969, the first X-rated film to win the best picture Oscar) which contributed to another rethink of the ratings system in 1970. In response to concerns around increased violent and/or sexual content in films, the “X” rating now prohibited anyone under 18 (up from 16) from entry. A new certificate, “AA” limited entry to those of 14 or over.

Having said that, a quick poll of relatives and acquaintances who were visiting cinemas between the 60’s and the early 80’s indicates that the enforcement of the rules depended very much on a) which cinema you visited, b) whether the cinema in question thought they were likely to get into trouble, and c) whether you had an obliging friend/relative working at the establishment, who would let you in through the fire exit just before the show started.

In any case, this re-jig of classification coincided with the subject of sex well and truly entering the horror film, as Hammer’s The Vampire Lovers (1970) kicked off their racy Karnstein trilogy. However, it wasn’t enough in the long run. British horror’s original golden age petered out as the 70’s progressed, and it was a number of films from the continent which really exploited the sex-vampire theme.

As the 1980’s dawned, a flood of graphic slasher and gore films arrived from both Europe and the USA, and British horror productions seemed rarer than hen’s teeth. The films of Hammer, Amicus et al found a new home on television (see Friday Night Frights). However, for these movies, which were gradually being reassessed as classics, it wasn’t the end of their battles with the censors, as we shall see next time…

Jay Hollis - 3 December 2021 0
JAY HOLLIS takes a look at the most haunted places to visit in the North London Borough of Barnet...

** Subscribe and we'll update you when we publish new articles about ghosts, horror and dark history! **
© Spooky Isles 2011-2021