Devizes is a spooky place with lots of ghosts – even its local Iceland is haunted, says EMMA HEARD from Weird Wiltshire

Slap bang, in the middle of the weird county of Wiltshire, sits the beautiful and historic market town of Devizes.

It is literally crawling with stories of ghosts and the paranormal. There are so many unexplained ghostly tales. If I told you all of them, we’d be here until Christmas. So today, I’m going to tell you about just some of them.

Like most Wiltshire settlements, Devizes is an ancient place, having been inhabited for many years. There was certainly some sort of settlement in Roman times, as artefacts from that period have been uncovered. Some historians believe there was even an occupation before 43AD.

Either way, Devizes is a town that has seen its fair share of dark and dismal historical events.

And this much we know – when a town experiences much turmoil over time, some of the inhabitants stay on, in spirit form, reliving those tragic events again and again. Forevermore.

One of the most famous Devizes haunted locations must be that of the Black Swan Hotel. It’s situated in the Market Place. It is a well-known haunted hotspot featured on paranormal TV shows; Michaela Strachan’s Great British Ghosts and Most Haunted. Paranormal groups visit the hotel regularly to investigate the ghostly goings-on.

The pub dates back to 1732, although the cellars are thought to have been built in the 15th century. There are thought to have been approximately 10 underground tunnels, running from one part of the cellar, which carry on out of Devizes. Besides a hotel, the premises were previously used as local Courts of justice. Outside of the hotel is situated the old site of the town gallows.

Head down to the cellars, and you may encounter Ambrose Saintsbury, a horse dealer and old pub landlord. It is alleged he was also a highwayman who robbed travellers on the roads to and from the town. Within the cellars, investigators have experienced a lot of phenomena; knocks, bangs and drops in temperature.

It has been reported that Ambrose has been spotted dressed in black, wearing a Tricorn hat, sitting upon his horse. That must have been a shock to whoever witnessed him!

The active spirit of Ambrose has also been seen in the bar. He has spoken to customers before he mysteriously vanishes into the air. During vigils in the closed part of the cellar, galloping horses have been heard, the sound disappearing through walls and off into the tunnels, terrifying paranormal investigators. Dark figures have been spotted, silently watching staff and visitors.

The cellars are not the only haunted part of the building. Should you choose to stay the night in The Black Swan, you may not want to book room four. Look at the photo of the hotel. It’s the top left room.

Many guests have fled room four in the middle of the night after witnessing the ghost of a young lady. She materialises through the wall, sits and gazes out of the window. Then she rises and glides across the room and through the wall behind the bed. Strangely, this wispy figure generally turns up at 1.15am. The current staff and owners have said many guests have experienced phenomena in the room. Even those from other countries – people with no previous knowledge of the hotel’s history and the notorious room four.

Taps running in the night, toilets flushing, bed shaking and most alarming, being woken to feelings of strangulation and breathlessness have been reported. In the 19th century, there was a fire at the hotel. A young girl became trapped in room four. Sadly, she was burnt to death. The hotel manager stayed in this room before following a late shift. She was awoken by the sound of scratches. She felt it sounded like someone was trying to escape the room, and the noise got louder and louder. The manager has never stayed there again.

St Mary’s Church, in the centre of Devizes, was first built in the 12th century and then rebuilt in the 15th century. A walkway runs alongside the church. It is said local folks try to avoid walking there when night falls. It was during the English Civil War that Royalist forces were besieged in Devizes by Cromwell’s troops.

When in 1645, the Parliamentarians attacked Devizes, many deaths occurred on both sides. In the graveyards of the local churches, a problem arose. They became so full that bodies had to be buried in an upright position, including under the paving slabs of the walkway. Sixteen bodies were found after the development of this area and then reburied in the churchyard. It is thought there are many more bodies still buried under this path.

Terrifyingly, people have felt their legs being grabbed by unseen hands. Dark, silent figures have been witnessed, unmoving, blocking the path.

The Kennet and Avon Canal Museum

In an old converted warehouse beside the Kennet and Avon Canal sits the Kennet and Avon Canal Museum, which tells the story of the canal built which linked Bristol to London. There have certainly been some peculiar happenings at the museum that the staff have shared. You may have feelings of being watched. Women, in particular, seem to receive this creepy attention. Voices have been heard when the building is empty, and a man, around 50 or 60 years of age, has been seen.

Derek Acorah’s Ghost Towns visited the museum. Derek shed some light on the man. He felt he was a professional man named John, who liked to ‘embarrass’ women. Whether you believe in Derek’s psychic powers or not, the information he gave out did seem to be pretty relevant to the staff’s experiences.

A young girl was picked up in the building. She superimposes her face onto one of the silent museum mannequins. This has been witnessed by a couple of the volunteers there and, in paranormal circles, is known as transfiguration. That would be a pretty weird thing to see.

Tucked away in the corner of St. John’s Churchyard is a quaint little cottage built in 1615. Originally built as an Almshouse, it was also used as a home for the Sexton of the church. A sexton was someone employed to maintain the church, buildings and grounds. It has been a hospital at some point, which brings me to the reputed haunting. A lady silently glides through the house, candle in hand. She wears a clock and bonnet. It is thought she may be a nurse who continues on her nightly rounds, checking on her patients. Only now, she is a ghost!

The last haunted building we will cover is the Palace Cinema in the Market Place. It opened in 1912 and is still run today, partly as a cinema and partly as a bingo hall. It has a retro feel and is much loved by local people.

Heavy footsteps are heard walking back and forth, back and forth on the upper floors. Projectionists sat in the small projection room report cold spots. Three male spectres are said to haunt the Palace Cinema. One is dressed in an 18th-century outfit and is seen in the lounge room.

Another man in 17th-century clothing has been spotted on the staircase. The last apparition is thought to be Mr Bobby. He was once a cinema manager. He is always spotted in the same cinema seat. I wonder if he is just waiting for the next film to begin!

When it comes to the ghosts of Devizes, there is much more to be covered. Reports of hauntings come from The Bear Hotel, Devizes Castle, Old Town Lock-Up, some of the pubs and other businesses, private dwellings, and even a pond! Strangely enough, the Iceland branch in Devizes also has a resident ghost.

Maybe I will return there soon and do some more digging. Not literally, you understand! Especially nowhere near St Mary’s Church Walk. But there’s certainly more spookiness to discover.

If you want to hear more ghost stories from Devizes, and spooky tales from Wiltshire and beyond, subscribe to my Weird Wiltshire blog and follow me on Twitter. 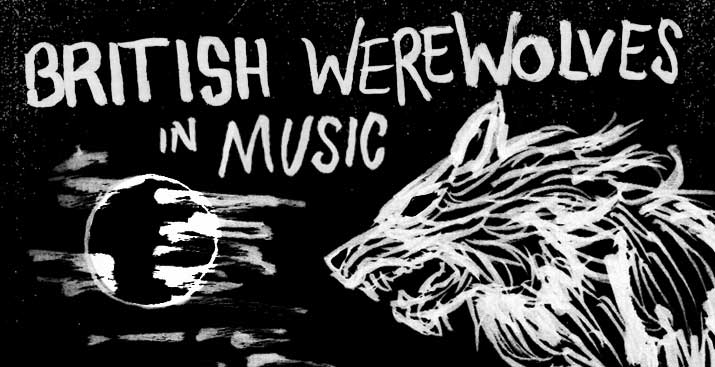 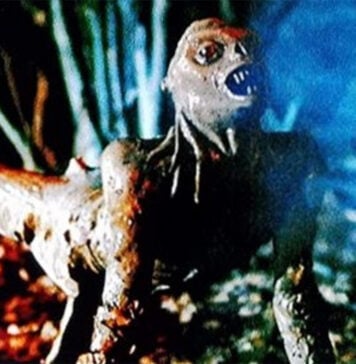 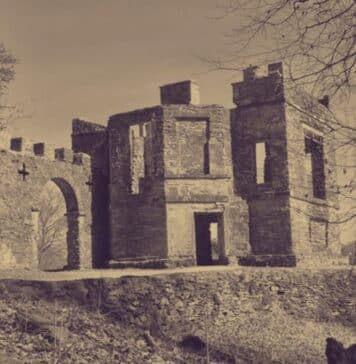