Stigma 1977 was a drastic change in direction from the usual in BBC’s much-loved A Ghost Story for Christmas series, says RICHARD MARKWORTH

In 1977, the BBC’s annual A Ghost for Story Christmas series diverged significantly from its established format. Rather than providing another adaption of a period tale by M.R. James or Charles Dickens, this year’s offering, Stigma, came from an original screenplay penned by Clive Exton and was further distinguished by being the first entry in the series to be framed in a contemporary setting.

Gone are the Jamesian academic protagonists, collegiate trappings and lurking spectral threats characteristic of previous episodes. Here we are presented with a slice of pure 1970s British folk horror complete with partial nudity and graphic scenes of blood unimaginable in earlier productions.

However, despite these obvious changes, a level of familiarity was maintained as regular director Lawrence Gordon Clark, who had recently departed the cosy confines of the BBC to embark on a freelance career, was summoned back to the fold to take the helm on what would prove to be his final film in the series.

The story concerns married couple Peter (Peter Bowles) and Katharine (Kate Binchy) who, with daughter Verity (Maxine Gordon), have recently relocated from their urban home to a secluded rustic cottage adjacent to an ancient stone circle.

One menhir does not stand with its fellows but rather lies prone on the cottage grounds, where its presence impedes the laying of Peter’s new lawn. Two local workmen, David (John Judd) and Richard (Christopher Blake), struggle to move the object having been employed to do so at the family’s behest. However, with the aid of a JCB, the men finally manage to shift the stone slightly thereby releasing a powerful, unnatural blast of air which washes over Katharine and places her into a temporary trance-like state.

Shortly afterwards, the house is rocked by an unseen force and Katharine begins to bleed profusely. As she desperately attempts to clean herself up and treat her mysterious injury, she is unable to trace any obvious wound on her body. Nonetheless, blood continues to seep through a patch of skin on her side.

As Katharine’s condition worsens, placing her in mortal danger, the workmen employ heavier machinery and eventually prise the stone away from its resting place to reveal human remains previously hidden beneath. The body is accompanied by a collection of rusting antiquated knives, one of which is discovered lodged between the skeleton’s ribs mirroring the location point of the bleeding on Katharine’s body. Surprisingly, it is Verity who sheds light on the ritualistic nature of the burial and its links to the “old religion” claiming she has previously read about witches. Can Katharine be saved from her seemingly supernatural affliction?

Stigma’s theme of megalithic stones exerting a malign influence on the modern, so-called civilised, world was a recurrent one in 1970s drama and utilised in many productions of the era such as Children of the Stones 1977 and Quatermass 1979. However, despite its lack of originality in this regard, the production successfully generates a menacing atmosphere of its own.

Under Clark’s direction the enigmatic standing stones are presented very much as supporting characters in the piece. It is not much of an imaginative stretch for the audience to view them as living things, lurking silently amidst the bleak rural landscape, observing the lives of the young family who have dared to arrive in their presence.

There is a palpable sense of the old-world colliding with the new throughout the film exemplified by a scene in which Katharine prepares food in the thatched country cottage whilst listening to a radio broadcast concerning the launch of Voyager. This superbly highlights the family’s self-imposed distance, both geographically and metaphorically, from modern, technological society. While the outside world is looking towards a future in the stars, the family themselves are very much at the mercy of a stirring, malevolent force seemingly summoned from the earth itself.

The cast are generally naturalistic and convincing, and it is refreshing to see Peter Bowles, known mainly for comedic parts, provide a skilfully understated performance in a rare dramatic role.

Stigma does contain certain tropes in common with earlier stories in the A Ghost Story for Christmas strand. The themes of the past being best left undisturbed and, more to the point, the consequences of not heeding this, bear clear relation to those in A Warning to the Curious 1972 and The Treasure of Abbot Thomas 1974. However, this film does feel rather out of place in context of the classic series and is not generally considered a favourite amongst many fans of the same.

Nonetheless, whilst not a traditional ghost story, Stigma stands as a fine example of the type of folk horror-based production popular in the decade and is a swiftly paced, edgy tale that unsettles the viewer and encourages them to draw their own conclusions as to the true nature of Katharine’s predicament.

Furthermore, it raises uncomfortable questions as to what dormant terrors may lie in the soil beneath our very feet. Watch this in a double bill with Piers Haggard’s Blood on Satan’s Claw 1971 and you may find you never want to dig the garden again!

Tell us your thoughts on Stigma 1977 in the comments section below! 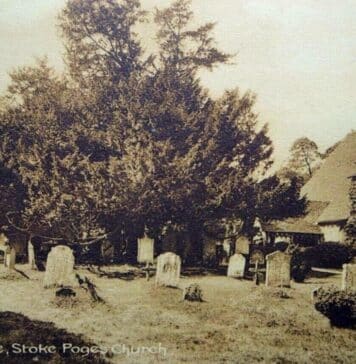 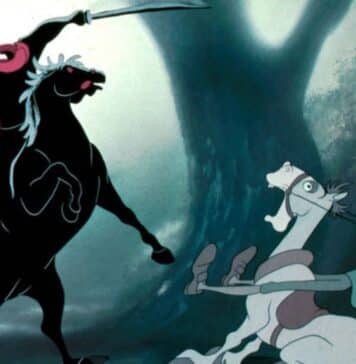 4 September 2022 0
DAVID SAUNDERSON looks at the enduring legacy of Washington Irving's The Legend of Sleepy Hollow, which many do not know was written in Birmingham, England
Read more
Load more