PAUL ADAMS reviews The Woman in Black: Angel of Death 2015

Proof of how far the famous real-life case of Borley Rectory has become engrained in the fabric of British supernatural horror is shown in the imposing double gables of Eel Marsh House, the eerie setting for this, the rejuvenated Hammer Film’s second take on Susan Hill’s classic English ghost story from 1983, The Woman in Black.

As well as a successful and long-running theatre production, Hill’s story has been the subject of a fondly remembered TV version penned by Quatermass author Nigel Kneale, as well as a previous big screen treatment by Hammer in 2012 starring a post-Harry Potter Daniel Radcliffe as the Jonathan Harker-like solicitor, Arthur Kipps.

For its sequel, The Woman in Black Angel of Death 2015, Hill herself is credited with the writing, bringing the story several decades on from its Edwardian roots to the wartime England of 1941. Escaping from the London Blitz, a group of schoolchildren accompanied by their teacher Eve Parkins (Phoebe Fox) and frosty headmistress Mrs Hogg (Helen McCrory), are evacuated to the apparent safety of a lonely mansion near the north-east coastal village of Crythin Gifford.

Jon Crocker’s screenplay assumes that cinemagoers are more or less familiar with the general back story with the result that there is little reference to the original film’s events. Separated from the mainland by a tidal causeway, Eel Marsh House is haunted by the vengeful spectre of Jennet Humfrye, a black-draped apparition whose appearances are a portent for the impending death of the local village children.

Her murderous attacks have decimated Crythin Gifford, to the point that it has now become little more than an empty Arkham-like Lovecraftian ruin, populated by a solitary blind man along with the lonely ghosts of her numerous victims.

Tormented by the loss of her own child, given up for adoption at birth, Eve becomes attached to traumatised orphan Edward (played by Oaklee Pendergast), mute since the death of his parents killed in an air raid.

However, the return of the young to Eel Marsh House soon stirs up the unquiet ghost of the Woman in Black and channelled through Edward, she begins to wreak her continued revenge for the loss of her own child in an accident on the treacherous Nine Lives Causeway many years before.

The effective transfer of a pure ghost story to either the big or small screen is remarkably difficult to achieve.

The problem lies in the creation and sustaining of the unique atmosphere that can be generated on the printed page, as well as walking the tightrope between the need to move a story forward and the pleasure of lingering over supernatural details.

Arguably the most successful forays into the genre are the highly regarded BBC ‘Ghost Story of Christmas’ adaptations of M.R. James, Sheridan le Fanu and Dickens, a great achievement, particularly with James whose ghostly horrors can be subtle in the extreme.

The danger is to lose focus and slide away into the realms of shock horror, something that The Woman in Black Angel of Death 2015 suffers from where long periods of eerie tension are punctuated by jump scares and similar noisy clichés, as well as the numerous slamming door/locked room perils that gradually lose their power to chill.

Visually, however, like its predecessor, The Woman in Black Angel of Death 2015 is reasonably satisfying: the Borleyesque Eel Marsh House itself, particular its derelict and ruinous interior; the lonely causeway and marshes together with the wild overgrown cemetery, all go a long way, thanks to George Steel’s expansive cinematography, to create the atmosphere that the script ultimately struggles to maintain. The Woman in Black herself, sparingly used throughout the film’s duration, remains a genuine totem of evil.

Thankfully, Hammer have brought to the screen a set of believable principle characters that former Misfits and Peaky Blinders director, Tom Harper, makes good use of.

Helen McCrory’s Miss Hogg is perhaps somewhat understated, Phoebe Fox as Miss Parkins effectively intertwines her own back story with that of the spectral Mrs Humfrye, while Jeremy Irvine as tragic RAF officer Harry Burnstow, as well as providing romantic interest, demonstrates the astonishing youth of the pilots who were called on to fly and fight in a war more horrific than any work of fiction could ever create.

Tell us your thoughts on The Woman in Black Angel of Death 2015 in the comments section!

Watch The Woman in Black Angel of Death 2015 trailer

The Ghosts of Miskin Manor, Wales 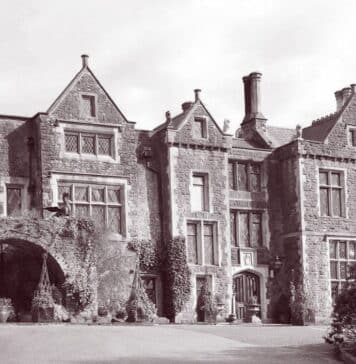 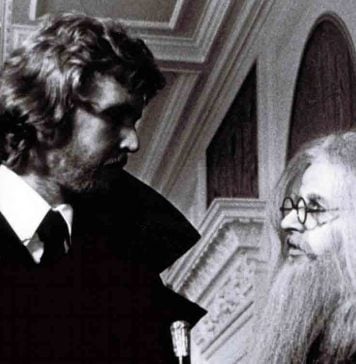