Blythburgh is a small village located in the Sandlings area on the Suffolk heritage coast, notably known for its flooded marshes leading to the estuary of the River Blyth. 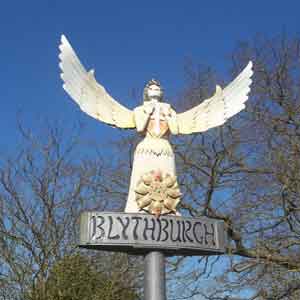 Due to its long and rich history it comes as no surprise that the village has had its share of supernatural occurrences. Famed as the regular venue for the summer Aldeburgh Festival; Blythburgh Holy Trinity Church is also nicknamed ‘the Cathedral of the Marshes’  as it is a landmark along the A12 road.  It has also been suggested that the Saxon King Anna is buried on the site, the Christian king died after defeat by pagan Penda at Bulcamp in AD654.

But locally the church is remembered more for the terrifying Black Shuck incident  of the 4th of August, 1577. During a church service there was a violent thunderstorm, a black dog, rumoured to be the size of a small pony entered the church. It savaged and killed three people, leaving scorch marks on the north church door.  During the same storm, but earlier on, a similar black dog was reported at the church in the village of Bungay 12 miles away.

The Black Shuck was witnessed again at the marshes – near the church in 1959 and in 1973; as sewer pipes were being laid by a lone worker – he heard a panting noise but nothing was there.  A local police officer who patrolled the area from 1978-1985 witnessed a black dog on the A12 north of Blythburgh –  He described it as “As big as a child’s pony, a wolfhound cross/mongrel, with a greying or muddy coat.”

Blythburgh has a varied array of ghostly spectres, on the A12 near the common a highwayman and a female in a long gown have been witnessed over the last two hundred years, occasionally accompanied by a horse. Unexplained footsteps have been heard outside the doors of Blythburgh Priory, the animals also sense something foreboding and refuse to enter certain areas of the grounds.

Westwood Lodge has also had reports of  an eerie white woman in silk  at the house, in the grounds and in the nearby lane. John Brooke, a former owner of the Lodge, has been seen riding on horseback. He died at the age of 26 in 1652 on his way to Blythburgh, villagers called him “the great troubler”. Sightings of Brooke stopped in 1865 when a saddle and whip were found bricked up in a room at the manor; both items were ceremoniously burnt. During the 1970s, an ambush was set up by three police officers to prove or disapprove these hauntings, the officers saw nothing but did hear strange sounds.

At the crossroads locally known as Five Finger Point (B1125 Blythburgh to Westleton Road), a ghost of a girl in blue has been seen running in front of cars, making the drivers believe they have struck her down.  This occurrence seems to happen around the 24th June, the girl is thought to be the spirit of Anne Blakemore, who was allegedly murdered by Black Toby (Tobias Gill) on the 24th June 1750.

Tobias Gill was a black drummer boy in the army,  he was accused of raping and murdering Anne Blakemore after leaving the local tavern very drunk. The body of Anne Blakemore was found beside him on Sandy Common next morning, he was hanged immediately. But the locals soon realised they were too hasty in their decision to find Toby guilty, there were no marks on the girl’s body and they wondered if she had actually died from drink or natural causes.

The ghost of Black Toby has been allegedly sighted at the recreational area of Toby’s Walks. The sightings of him are mixed, sometimes he is walking, banging his drum with regret, other reports have seen him driving a stagecoach with four black horses and at one time a hearse with four headless black horses. Others say local criminals and smugglers ‘cashed in’ on Black Toby’s tragic tale, making up the hauntings involving the drummer boy’s ghost. This sort of paranormal-fuelled subterfuge was common practice to keep the villagers and those in authority away from their unsavoury activities. 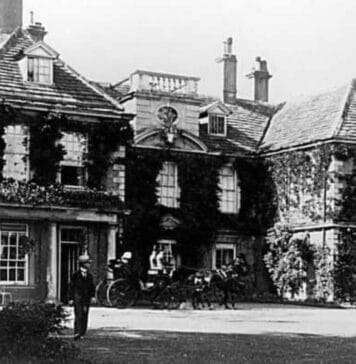 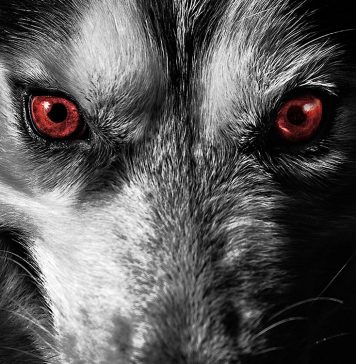 Elliott O’Donnell: Was he a Legitimate Ghosthunter or fake?