JON KANEKO-JAMES probes the haunted past of the Gatehouse Pub in Highgate, North London

Old places are generally steeped in strangeness. There’s a certain eerie starkness to hyper-modern buildings, too, but old places give me that telltale feeling of comfortable strangeness, as if the weight of years is pressing down on me. The Gatehouse Pub in Highgate is one of those places.

And the Gatehouse is genuinely old. It’s first mentioned in the parish records of St. Pancras, after having long been one of the entrances to the Bishop of Ely’s estate outside London. It’s a place that has seen violence in the early 1500s when the Vicar of St. Pancras and his parishioners attacked the home of the Hermit of St. Michaels within Highgate and forced him to hide in the steeple of his Hermitage.

It’s seen murder when one of the Brides in the Bath Murderer’s victims, Margaret Elizabeth Lloyd, was found dead on nearby Waterlow Road. The place was extensively remodelled at the turn of the century and given a mock-Tudor feel, ironic since local lore says there has been an ale house there since the 14th Century, and documentary evidence confirms that it was there and relatively established in 1670. Inside is friendly… but it has that certain something, that slight flash of teeth that suggests it wouldn’t be a place to be alone on a winter’s night, especially not just before Halloween when the spirits are about.

One former landlord quit his tenancy after seeing something of ‘horrible appearance’ coalescing in the upstairs room, now a theatre. Barstaff have long complained of poltergeist activity and strange suffocation attacks by an unseen force. One customer was even attacked by an unseen assailant in 1966, being suffocated until his vision began to dim, only to find the attack fading as soon as it had started.

David Farrant, head of the British Psychic and Occult Society claims that all of Highgate is built on a leyline, and the Cemetary acts as a conductor of the psychic energy, seeping out of causing all of the strange hauntings in the area. Perhaps that’s why our 1966 man saw a strange figure in Jacobean clothing just a moment before being choked, or why a barmaid had a similar experience while perfectly awake and working at the pub, feeling that she was suddenly being strangled and suffocated at the same time. It might also be an explanation for the man in Jacobean clothing who has been seen walking around in the pub, strolling through walls.

Some have even seen a black cloaked figure around the pub, a sinister being with a feel of powerful menace. This phantom only seems to appear to customers who are alone, turning its cowled head to reveal monstrous features. Some have linked it with the famous Highgate Vampire, the much sought phantom of the nearby cemetery.

The idea of a dark threatening presence certainly has symptoms in common with other malevolent energy beings in London, like the unpleasant thing haunting the cellars of the Lyceum Theatre in Central London (a creature so vicious that staff aren’t permitted to go into the cellar alone.)

Not only that, but the march of restless spirits taking up residence at the Gatehouse never seems to stop, with recent psychic investigators suggesting that one of the pub’s denizens might be the spirit of Renaissance philosopher and magician, Francis Bacon. Bacon was a natural philosopher, experimenting in the scientific uses of Astrology and magic.

His life was one of a relentless thinker, and it was in Highgate that he died trying to test a theory on freezing as a preservative, stuffing a chicken with snow and contracting pneumonia.

Who knows, perhaps he resides there by choice, having found a technique that allowed him to transcend his body and escape the clutches of death? Even local Freemasons have used the Gatehouse as a hall, utilising the upstairs space now used as a theatre.

So, perhaps you’ll find yourselves at the Gatehouse one quiet winter’s evening, watching the snow come down outside. If you do, don’t be surprised if you share your drink with the dead.

Have you seen a ghost in the Gatehouse Pub in Highgate? Tell us in the comment section below! 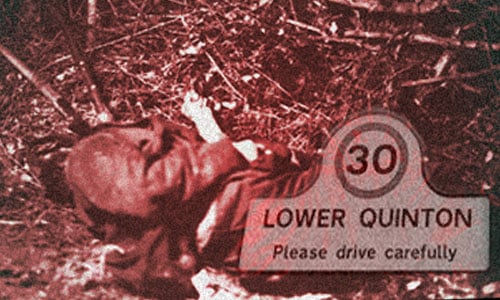 The Revenge Of Frankenstein 2013 BOOK REVIEW 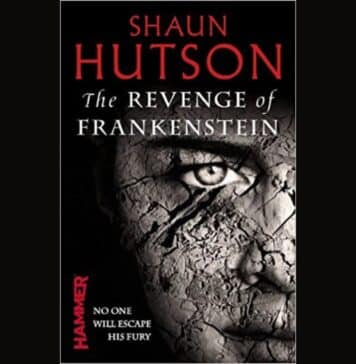