1942 was a terrible year for snow. RAF Davidstowe Moor records a significant spike in crashes wrecks due to bad weather. It was a dark time for the allies, but for one anti-aircraft gunner, time weren’t just dark. They were haunting.
Private Jack James was heading back for his bed, looking out over the moors, when he saw a mass of black spots. They were a long way off, but moving quickly, cutting across his path, lapping over one of the rolling white fields. Sheep and cows were a fairly common sight on the Cornish moors, but herds didn’t move so quickly or purposefully as that. This something much more dangerous than a herd, this was a pack.
Yell Hound. Yeth Hound. Wish Hound. They’ve got many names and they appear all over Britain: in the North of England, Sussex and the West Country. Strange hounds with glowing eyes, baying on the Moors. Bringing back the kind of primal fear that we British have now forgotten: the fear of being outnumbered by predators, cornered and taken down. The fear of being forcibly returned to the animal world.

“the darkest secret of the Yeth Hounds’ origin story … it’s said they are spirits themselves: the stillborn children, terminated pregnancies and unbaptised babies …”

The worst thing is that they aren’t just monsters and predators: the Yeth Hounds are us, or at least they could have been. 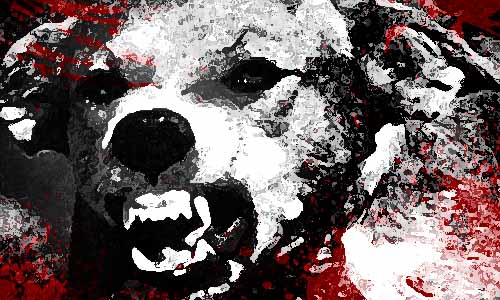 There are many myths about the Yeth Hounds (deriving their names from an archaic spelling/pronunciation of the word ‘heath.’) They are said to be the servants of the devil, or the denizens of the Wild Hunt, pursuing travellers unlucky to be caught out at night on the moors. They say if the huntsman catches a sight of you he can pursue you, carrying you off to faraway lands. If you’re lucky enough not to be torn apart by the dogs then speaking of what you’ve seen is still death.
The Yeth hounds are terrible, blacker than black. Their cry is the cry of the banshee: to hear it means death within a week. Worst of all, they can be seen to be hurtling across the moors at times, chasing something invisible through the night.
This is the darkest secret of the Yeth Hounds’ origin story, because it’s said that they don’t just hunt spirits, they are spirits themselves: the stillborn children, terminated pregnancies and unbaptised babies. All those who are born and die unbaptised become spirits on the moors, lost forever. Worst of all, they become the eternal, hellish hunt, finding the lost souls of other lost children to becomes hounds themselves.
Perhaps the only hope for the lonely traveller is to have been born at midnight. They say that a baby born at midnight in Cornwall will hear ‘The Gabriel’ or ‘Yell’ Hounds, and that baby will have power over the supernatural.