English folklore is full of tales of evil old witches causing distress. CHRISTINE MILLER tells us about some of the most evil of these disturbing river hags!

What Exactly Is A River Hag?

Generally, a hag is a sinister, evil old woman that is found throughout many folklore tales up and down the country, and they very much remain in the collective zeitgeist. “Old Hag Syndrome,” for example, has been a term used to describe what is now widely accepted to be Sleep Paralysis, where many people report waking up to finding an elderly, hideous woman rigidly placed on their chest, making it impossible to move.

While river hags won’t invade your bedroom at ungodly hours of the morning; they will kidnap, maim, torture, drown, sometimes eat your young.

As their name implies, river hags have the distinction of being tied to the particular stretch of water that they inhabit. Or close to it, at least.

They are found where waters run fast and dangerous, and if they do leave the water, they can only do so for no more than a day at a time before being pulled back to their aqueous dwelling.

Children that would teeter to the river’s edge are said to be pulled into the waters by their feet by the river hags’ spindly wizened hands.

These sinister tales of the river hag would be told to children throughout the generations, serving as a frighting deterrent if they were considering straying too close to the dangerous waters.

The most infamous river hag is almost certainly that of Peg Powler.

Peg’s tangled, long green hair doesn’t look too dissimilar to weeds (a perfect camouflage, no doubt), and her overall menacing appearance is only complimented by her deep glowing red, hateful eyes.

She is particularly active – or said to be active – in Piercewood, County Durham.

Piercebridge sits on the River Tees, which is known to be, at times, a wildly unpredictable body of water. Even the foam which gathers en masse on the top of the water is commonly referred to as “Peg’s Suds”.

The naming of these suds is a helpful reminder that Peg is ever on the lookout for potential victims who she could easily drag into the foaming, tyrannical, watery abyss.

Peg isn’t the only river hag swimming the waters of England, oh no.

Jenny Greenteeth, or Ginny Greenteeth, depending on who you speak to, has been described as similar to Peg (perhaps a relative, who knows), but she doesn’t just favour the young and innocent as Peg does, the elderly are fair game too.

Another notable mention includes Grindylow who not only likes to drown her victims; she tortures them, eventually eating her human prey – a task all too easy due to her iron teeth.

While many tales of nefarious water dwellers are confined to the North of England, Cutty Drier is a male who performs exactly the same function as the hags, except he is located in Dartmoor, Devon.

Drier would delight in brutally torturing naughty little boys by cutting their throats and dragging them into the waters of the Yeo.

If that wasn’t an invitation to be as good as gold, I don’t know what is.

Although sometimes the story goes that river hags are almost identical to mottled, bloated corpses, complete with skin slippage for that extra terrifying effect, one thing the stories do tend to agree on is that all these river hags haven’t all that much in the way of looks going for them.

These girls are no Disney Princesses, for sure.

Beware The Waters of England

Many a child has been threatened with the tale of Peg as a cunning way to keep them from the dangers of the waters of the Tees.

Even the bravest of juveniles surely wouldn’t risk the yarn being real.

After all, make no mistake, these grim aquaphiles are dangerous. Really dangerous.

Don’t upset them, and they won’t come after you – unless, of course, you’re young or elderly, in which case they’ll happily drag you by your ankle into the waters in time for a cold, cruel death for absolutely no reason at all.

And it isn’t just large bodies of water they inhabit: mill dams, wells, streams, rivers – you name it – chances are there is a river hag lurking within it.

Were you relayed the terrifying tales of the river hags when you were young? If so, tell us about the cost of your therapy bill in the comments section below.

You can read more of our folklore tales from around Britain and Ireland by clicking here. 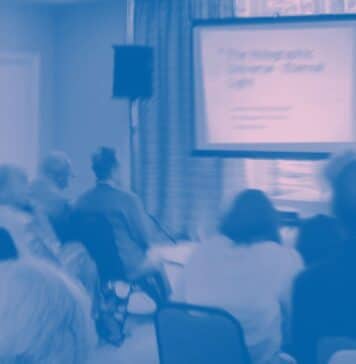