TITLE: Dracula aka Horror of Dracula
YEAR OF RELEASE: 1958
CAST: Peter Cushing, Christopher Lee, Michael Gough, John Van Eyssen, Valerie Gaunt
DIRECTOR: Terence Fisher
PLOT: Count Dracula puts the bite on a pesky vampire hunter before heading off to chow down on his widowed fiancee. Vampire expert Dr Van Helsing isn’t going to stand for such nonsense …
FUN FACT: When the film was released in 1958 it got an X certificate, the DVD release in 2008 was 12a.

I DARTED to our local shopping centre the minute its new video store opened in the late 1980s.

As I’ve said in this blog before trying to watch Hammer Horror in Geelong, Australia, in my youth was near impossible. But the opening of Video Ezy brought forth the unimaginable – a pristine copy of Horror of Dracula!

Up until that point I had lived by taping the fantastic run of Universal Horrors HSV7 had been showing at 10.45pm each Sunday night. The only time I got to see any other horror was if my scourging of the television guide bore fruit during the dark hours midweek.

So to find a copy of Horror of Dracula in its shiny orange box (I can still see it in my mind) was like finding gold. Not only would I see a classic but I would also get to see Dracula drinking glorious red blood, unlike Bela Lugosi would only ever stared mysteriously in his victims eyes and we just had to imagine that he was about to have a bite to drink.

Now I am in England, the home of Hammer, I can watch all the Christopher Lee-Peter Cushing films I want. I have begun my own Hammer Dracula marathon (which will stretch out over a few weeks).

My initial reaction to Horror of Dracula after watching it again after 20 years – it is a very loud film!

From the moment the film starts, music blares as the bright red splatter landing on Dracula’s tomb.

We know we are in for a hell of a ride now that gothic horror has come to our screens and the Kensington Gore is going to run thick and fast.

Horror of Dracula reminds me more of Nosferatu (1921) than Tod Browning’s Dracula (1931). Not in the sense of style but in that it all happens in Germany rather than Transylvania and England. Horror of Dracula is another reworking of Bram Stoker’s novel which fails to remain faithful to the original story. The plot of the original Hammer Dracula is nothing like the book.

In Horror of Dracula 1958, rather than working in real estate, John Van Eyssen’s Jonathan Harker is a vampire hunter who has come to drive a stake through Dracula’s heart. I do not understand why it was necessary for Hammer to change Dracula so dramatically for the film. But it is something we have to live with.

As Christopher Lee arrives on screen, dark and menacing, he starts talking fast – like the book, Dracula never shuts up. But from this great start, his Dracula becomes a barbarous monster who never says another word. I understand Christopher Lee eventually got fed up with playing Dracula because of this – I can understand why.

The Horror of Dracula 1958 is a loud, brash, colourful reinterpretation of the Bram Stoker novel. The music moves between being annoying, jarring and scary. The film is a visual feast – there’s a hackneyed line to use – with its wonderful set design and brilliant costumes.

As I said, Christopher Lee doesn’t have much to do after his first scene. I forgot how awesome Peter Cushing was when Van Helsing finally arrives on screen. I think Cushing is underestimated as horror actor because he didn’t play the traditional monsters. But his ability to portray the real character and the real monsters, like Victor Frankenstein, was what made him so great. (Also, the fact he could act the lines with a straight face that were so silly at times is truly astonishing.)

The story of Horror of Dracula 1958 is a bit disappointing because the novel has been so changed. But the classy way director Terence Fisher and his creative team produced the film absolutely makes up for it. You can just see there on the screen why this film with Curse of Frankenstein recreated the horror genre in England in the late 1950s. It is magnificent.

I look forward to watching the rest of the Hammer Dracula films. I can imagine the quality will go down pretty fast as Hammer started chugging out the films ad nauseam into the 1960s and 70s but it will be a fun ride.

I’ll end this re-view by mentioning I am reading Peter Hutching’s excellent British Film Guide 7 Dracula, an academic look at this horror classic.

I note a contemporary review Hutching quotes in the book from May 1958. On the film’s release. Nina Hibbin, in the Daily Worker, writes:

“I went to see Dracula, a Hammer film, prepared to enjoy a nervous giggle. I was even ready to poke gentle fun at it. I came away revolted and outraged … this film disgusts the mind and repels the senses … Laughable nonsense? Not when it is filmed like this, with realism, and the modern convenience of colour and the wide screen … This film is a degradation of cinema entertainment.”

It should be pointed out this is the first Hammer Dracula we are talking about which was relatively mild, not the Hammer blood-drenched naked lesbian vampire flicks of the 1970s. God help that poor woman if she ever saw another Hammer vampire film because I think the shock would have killed her.

I understand that lost reels from the film have been found in Japan. Hammer announced in September, 2011, this includes the last 36 minutes of the film and includes two extended scene, one of which is the discovery of a complete version of the film’s iconic disintegration scene. The announcement mentioned a HD telecine transfer of all four reels with a view for a future UK release. So I look forward to that when it comes out.

AFTERTHOUGHT: If Dracula sleeps on a coffin filled with soil, why doesn’t he have sweaty mud all up his back when he rises from his slumber? 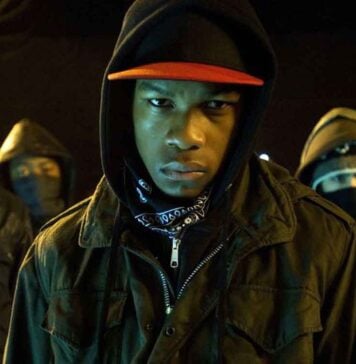 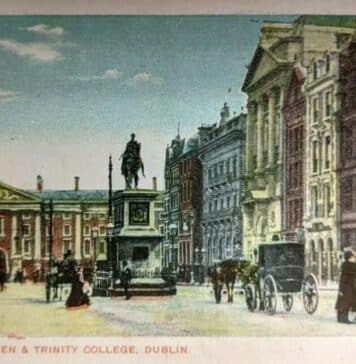